Shafilea Ahmed was 17 years old when her parents killed her after she refused to marry a man that they had chosen for her.

Shafilea Ahmed was born in the UK in 1986 and was a keen student who hoped to train as a solicitor. At school, she had a close group of friends and an interest in fashion, however, her parents wanted her to follow a more conservative lifestyle. Shafilea felt trapped and controlled; to express her anxiety, she wrote poetry:


I don't pretend like we're the perfect family no more
Desire to live is burning
My stomach is turning
But all they think about is honour
I was like a normal teenage kid
Didn't ask 2 much
I just wanted to fit in
But my culture was different
Now I'm sitting here
Playing happy families
Still crying tears
But no we're a happy family
I have these fears
I wish, I wish, I wish
For a happy family——- oh yeah
I lay in bed hoping the next day would be better
It was just a thought
Because it never happened no
But still I dream of this today yeah hey
I wish my parents would be proud of wot I done
Instead it's you've have bought shame
Or something else lame
I don't wanna hear this no more
No no no.
I feel trapped
I feel trapped, so stuck I don't wot 2 do the feeling is mutual, I don't know how to explain
Im a trapped so trapped (so trapped )
Now u know where I stand, when I fall back I got no where else to land
I don't know how to say
I'm trapped so trapped I'm trapped wit u.
It was my last year in school, so happy with my friends I got lots to do—-
But came this day when everything changed
I came home it seemed like a normal day
But sumthing wasn't right——
I wish I coulda changed the event
I shoulda killed myself instead
I'd rather have been dead
Coz now I have a burden on my chest
And no it won't go away, the guilt, the pain
When I look back on things I coulda changed coulda stop, prevented, exchanged
But i had to turn out this way (so trapped)
Now I'm sitting on my window bay
Looking at the rain——
Drowning sorrow and pain
Will this ever go away——
I feel trapped so trapped, I'm trapped
I'm trapped, so trapped I'm trapped
(I don't know wot do) I feel trapped.
But my family ignored. 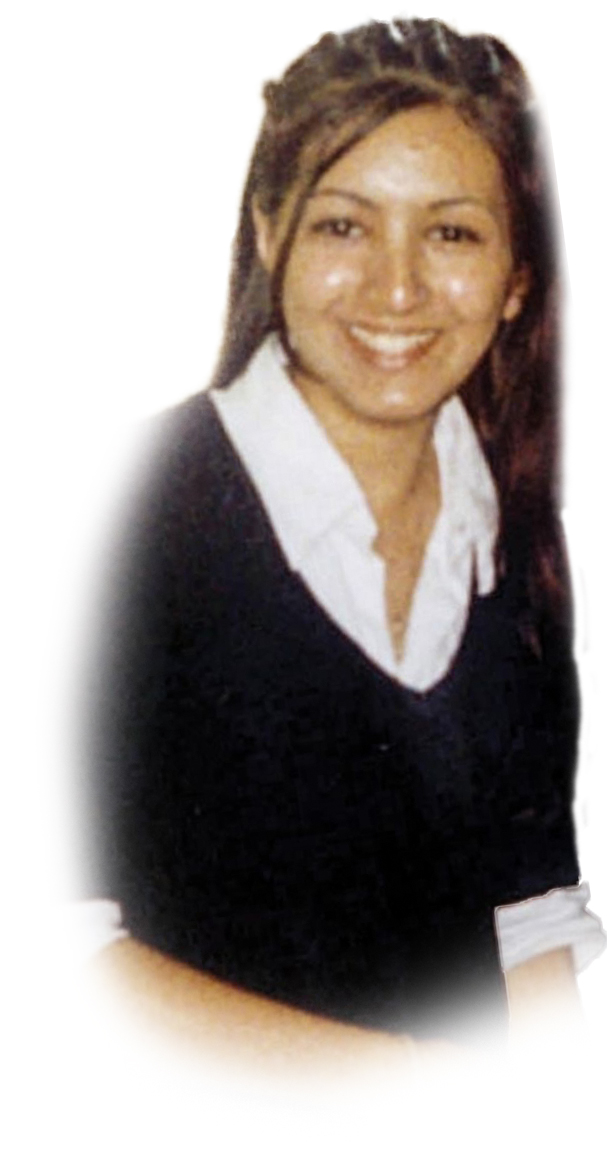 In 2002, Shafilea began to miss school. Her teachers heard that she was being held at home by her parents against her will. Her father had set fire to all of her school books. The school took no action. Social services and the police took no action. Shafilea ran away from home numerous times. She informed social services that she was afraid of being forced into a marriage. She had asked for somewhere to safe to live away from the family home and away from her parents who continued to bully and beat her.

In February 2003, she ran away from home but was found by her parents who drugged her and took her to Pakistan where they tried to force her to marry a man against her wishes. Shafilea drank bleach to avoid being forced into the marriage. The family returned to the UK where she spent many weeks in hospital and suffered permanent throat damage. Her parents told the hospital that she drank the bleach by accident. There was no police investigation and no referral was made to social services.

After returning from Pakistan, Shafelia started a part-time job. In September 2003, Shafilea disappeared after finishing a shift. Her parents did not report her missing; they claimed that she had run away. At school, a teacher overhead her siblings talking about their fears for her safety. Her college reported her missing after she had been absent for a week. Her parents and five other members of her family were arrested but all were released without charge.

Shafilea’s father, Iftikhar Ahmed, and her mother, Farzana Ahmed, had killed her in their family home in Warrington, Cheshire, on the 11th September 2003. They forced a plastic bag into her mouth to stop her breathing. They beat and dismembered her body, and disposed of it. Shafilea's siblings, who witnessed her murder, were told by their parents that if they spoke to anyone about what had happened, they too would be killed.

Shafilea's parents told the police that they had no knowledge of her whereabouts.

In February 2004, Shafilea’s body was found on the bank of the river Kent in Cumbria. Nobody was arrested for her murder. In 2010, Shafilea's sister Alesha told the police that she had seen her parents kill her seven years earlier. They were arrested and, in 2011, they were charged with her murder and nine months later, they were found guilty, nine years after her death. They were sentenced to life imprisonment.

Shafilea’s tragic and needless death revealed severe flaws in risk assessment, and safeguarding of victims of honour-bases abuse and forced marriage in the UK. The only answer to ensuring that what happened to Shafilea never again happens to another person is mandatory training for frontline professionals in the police, social services, education and health sectors.