Remedies for Forced Marriage: A Handbook for Lawyers 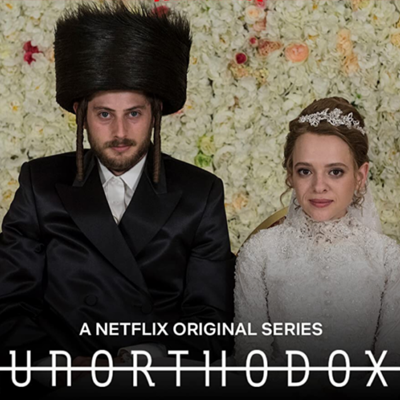 Netflix Unorthodox: Inside the secret lives of the UK’s “chained wives”

Netflix’s hit show Unorthodox, which has been hailed as the “best series ever”, focuses on one of the Orthodox Jewish community’s “chained wives”. Here, Stylist investigates the secret lives of the chained wives living in the UK.

It was a secret letter that convinced Esther something needed to change. The mother of three from north London was heartbroken to discover a note from her nine-year-old daughter saying that she was praying “to make her parents get a divorce”.

Having been stuck in a verbally abusive marriage for 17 years, the message tipped Esther over the edge. In truth, she had wanted out from day one; the marriage had been arranged by members of the Jewish community she lived in when she was 19, her future husband eight years older. They met just five times before they were engaged.

Yet she knew divorce wouldn’t be simple, and not only because, despite her working throughout the marriage, he controlled their finances; all the money she earned was stored in their joint account, which she was unable to access without his consent. At the time, Esther was an Orthodox Jew, part of the ultra-religious community documented in Netflix’s hit series Unorthodox, as well as the Rachel Weisz and Rachel McAdams film Disobedience that was released in 2018.

Like most British Jews, Esther and her husband had cemented their union with both a religious ceremony and a civil marriage. But to dissolve an Orthodox Jewish marriage, a wife must be granted a ‘get’ – a simple document dating back to ancient times that says a couple is no longer married. Crucially, a get can only be given by a man.

Without a get, women wanting a divorce are stuck in limbo. While rabbis and lawyers can push men to comply, and communities can publicly shame those who refuse, in reality little can be done to counter what is known as ‘get refusal’. In one case, only resolved two years ago, a British woman called Valerie Cocks spent nearly 50 years officially still married because her Belgian ex-husband refused to provide the paper nullifying their union.

The Religious Marriage Act 2002 changed the law to allow one party to petition a court to not declare a divorce decree absolute until a similar document from a religious authority is secured. In effect, this means couples cannot get a civil divorce if a religious divorce has not been granted. But not all men want to move on, and unless they decide they want to, the women can be left trapped.

Esther, now 40, never believed she would be able to get out of her marriage. “I’d suffered for 17 years and this meant I suffered even longer,” she says. She was no longer in contact with her husband, but she was also not free of her abuser. “I thought, this is going to be the rest of my life, I’m just going to have to live officially chained to another person.”

Esther’s case is not an isolated one; nor is it a modern phenomenon, although the increasing prevalence of divorce is likely to have had an impact. In most cases, gets are easily given; a technicality of the sad dissolution of a broken relationship.

But, just as some civil divorces are acrimonious, every year, the London Beth Din – the main UK Jewish authority – deals with some 150 cases of withheld gets, for short or long periods. Some, like Esther, will come from ultra-religious communities; others are less observant and simply chose a Jewish marriage.

Judaism refers to women like Esther as agunot, meaning “chained wife”. And certainly, it leaves women powerless, unable to secure a civil divorce in the UK (unless this has already been secured before a Jewish divorce is sought), and prevented from moving on both practically (as they cannot wed again) and emotionally.

Being chained to her ex was enormously difficult for Esther. Having chosen to leave the faith when she left her husband, she almost didn’t care about the get, but her husband’s refusal to grant it meant she could not get a civil divorce. As Esther says: “you’re left hanging, you can’t really move on.”

It took an injunction and drawn out negotiations, and it was only when her husband wanted to be able to remarry that he finally agreed to grant her the get – ending 18 months of her being chained to him. He spoke to his rabbi about being set up, and the rabbi was shocked to discover that the divorce wasn’t finalised. “Some people have to wait well over a decade, so I feel quite fortunate,” Esther adds.

“Practically, I wasn’t in control of my life,” says another woman, Yehudis, when asked to describe what being a chained wife was like. Like Esther, Yehudis, from Manchester, entered an arranged marriage at 19. She sought a divorce after just nine months, but her husband initially refused. She says being stuck in limbo was a kind of “psychological imprisonment”.

“I didn’t know at any point how long I could be waiting,” she says. “Every day felt like it could be years before I got it.”

In the end, Yehudis only waited three months, but she says she was blackmailed by community leaders into withdrawing allegations about sexual impropriety involving a community member in exchange. “They said, ‘if you don’t sign a retraction you will not get the get’,” she recalls. “I was stuck. Even though I knew I was retracting something [that was] true, I absolutely needed the get.”

Joanne Greenaway, until recently a lawyer with the Beth Din, tasked with supporting divorcing couples, has described get refusal as “an exercise of power and control” that often demonstrates “an abusive pattern of behaviour”. Speaking to the Jewish Chronicle, she explained “often it is motivated by anger, spite or revenge”.

Naomi Dickson, chief executive of domestic violence charity Jewish Women’s Aid, agrees. “Domestic abuse is characterised by an imbalance of power and control, and this can manifest in a multitude of violent and abusive behaviours,” she says. “For Orthodox Jewish women, get refusal can be one of them.”

Esther echoes this. “It’s a really serious form of domestic abuse,” she says. “The way the guy can get back at you is to do this.”

That’s certainly the experience of Beth, a Cambridge graduate who, at the age of 22, married an older Austrian man. Following the marriage, she moved to Austria with her husband and had twins. She endured three years of “physical, emotional, psychological [and] financial abuse” before seeking a divorce.

Beth grew up in the Manchester Jewish community, where abuse wasn’t even on her radar.

“I couldn’t even articulate to anyone that that was what this was. It almost became normalised,” she says. Like Esther, she initially assumed a get was “an impossibility”, at least while she had custody of their children. “I’d heard of all these agunot and just thought, he’s never going to give it to me.

“He was spiteful and vindictive, and he wouldn’t grant me a life. He didn’t want to remarry, and he was never going to allow me to, either.”

It took two and a half years of fighting before she received the get, and only then after the intervention of British rabbis, who petitioned their Austrian counterparts on her behalf. But it came at a price. “He got the rabbi to email me saying, ‘I give you the get on condition you’ll give up the children’.”

Vulnerable and alone in a foreign country, she gave in, expecting it to be a short-term concession. She believed she would be able to win custody in the ensuing court battle. In fact, the opposite happened; she faced allegations from her ex that she had mental health problems, and says she was discredited by members of the Austrian Jewish community. This contributed to her losing custody in 2013, after which subsequent appeals were rejected. In 2015, 18 prominent British rabbis backed a petition criticising her treatment, and her case has been raised in Parliament.

Her sons are now nine and she remains locked in a fight for them. Despite initially being given supervised visitation, she hasn’t seen them in two years, and is currently living in the UK, heartbroken. Her legal campaign to regain custody remains ongoing.

“Normal people get divorced and after a few years that bitterness dissipates; you want to move forwards,” she says. “Abusers never do.”

Divorce is never easy, even without the religious component. But for agunot, it’s the unbalanced playing field that is the hardest to bear; at least in a civil split, both parties are treated equally under the law.

For these women, there is a real feeling of being second-class citizens. “The reality is that the man has the upper hand,” says Esther. She knew she wouldn’t be divorced until her husband wanted to move on. “And if that didn’t happen, I would never get my get,” she adds. “It’s shocking the man has this control.”

Yehudis, now a social and political activist, later remarried. She was older and more confident of her feelings, but tying the knot in a second Jewish ceremony was still nerve-wracking. “That’s the position we put ourselves in when we agree to a Jewish marriage,” she sighs. The marriage has since ended in divorce, but this time without any difficulty.

Sadly, there is little sign of the rules changing, although other streams of Judaism approach divorce differently. Meanwhile, the British Jewish authorities aim to pre-empt get refusal by asking marrying couples to sign up to a prenuptial agreement “designed both to facilitate the giving and receiving of a get”. As the Chief Rabbi’s Office explains: “by all couples signing the document as a matter of course, it will be in place in those cases where it is truly needed”.

Yet it is still no silver bullet; in 2015 only a third of couples signed one. “People don’t always know about the prenup, especially when you’ve got very young girls getting married in an arranged situation” Yehudis points out.

Despite her experience, Beth considers herself lucky. “I had education and parents behind me,” she says. Other women, especially those from ultra-religious communities, often lack this. But for Beth, as for so many, being chained to a marriage she was desperate to escape made a difficult situation infinitely worse. “Refusing a get is about control and leverage,” she says. “It’s disgusting that men can still be allowed to hold that power over women.”

“It’s horrific,” adds Esther. “I, as a woman, was chained to a man. I honestly don’t understand how it’s allowed to continue.”

This feature was originally published in November 2018 in Stylist. 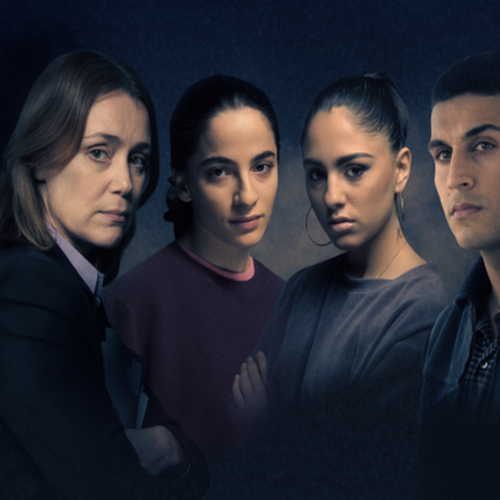 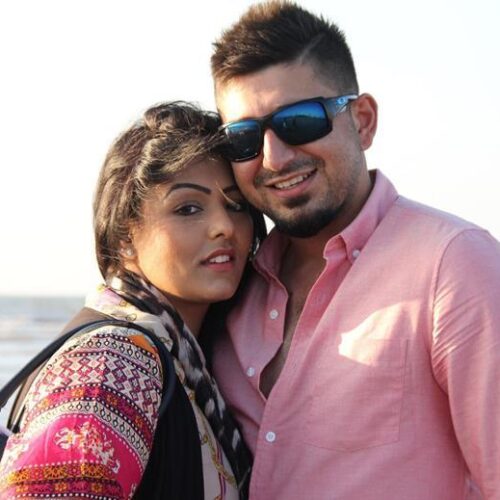