Banaz Mahmod (16 December 1985 – 24 January 2006) was a 20-year-old Iraqi Kurdish woman from Mitcham, South London. She was murdered in 2006on the orders of her family in a so-called honour killing because she ended a violent and abusive forced marriage and started a relationship with someone of her own choosing. Her father, uncle and three cousins were later convicted of her murder.

Banaz lived in London with her family. At 17-years-old, she was forced into a marriage by her parents with a man ten years her senior. The man repeatedly beat and raped her.

She contacted the police on multiple occasions during her marriage. Her family were aware of the abuse but forced her to remain because of the shame they felt her leaving would bring them within their community.

In the summer of 2005, Banaz moved back to her parents’ home. She met another man whom she liked. She wanted a divorce to marry the man she loved, but her father and uncle disapproved.

In December 2005, Banaz contacted the police. She feared for her life. She had overheard her mother discussing a with her uncle a family plot to kill her.

On New Year’s Eve, Banaz’s father tried to kill her. She smashed a window and fled. She went to the hospital for her injuries, where she told her boyfriend what had happened; he recorded her statement on his phone. Banaz was interviewed by a police officer who did not believe her account of events. According to the police officer, Banaz’s account of the plot to kill her was a ‘fantasy’, and Banaz was ‘manipulative’ and ‘melodramatic’. The police wanted to charge her with criminal damage for breaking the window.

The police ignored Banaz’s fears for her life.

A few weeks before her death, Banaz wrote to the police, naming the family members that she believed would kill her. She contacted the police on five occasions in the months before her death to report the threat to her life, but no safeguarding measures were taken.

On 24th January 2006, Banaz was to attend the police station, but she never arrived.

Banaz was at home when her parents left the house to go shopping. They informed three of her relatives that she was alone. The men arrived at the family home, raped, tortured and killed Banaz with a garrotte. Her body was put in a suitcase and buried in a garden in Birmingham.

The following day, unable to contact Banaz, her boyfriend reported her missing. His report was not taken seriously as her family told the police that she often stayed out. Her boyfriend persisted with the police, who interviewed her parents and uncle. Finally, in February 2006, one of the men plead guilty to murder which led to the arrests of the other family members.

Banaz’s body was found in April 2006. In 2007, Banaz’s father and uncle were sentenced. Two of the other men were the first suspects ever extradited to Britain from Iraq and, in 2010, they, and the final family member who murdered Banaz were also sentenced. All the men received life imprisonment.

An Independent Police Complaints Commission report in April 2008 found Banaz had been "let down" by the police. 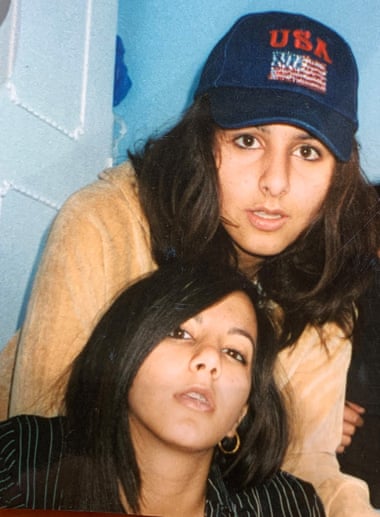 Click here to watch Banaz's sister, Payzee, talk about child marriage and the loss of her sister